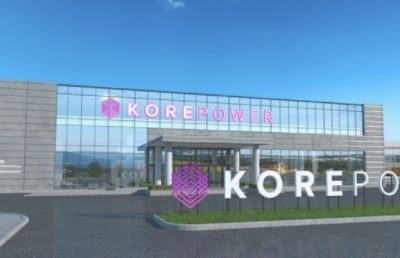 The lithium-ion battery manufacturer paid Glendale-based Mangat Group, a real estate investment and development company, close to $29 million for the 214 acres of agricultural land on the southeast corner of State Route 85 and Baseline Road just west of downtown Buckeye.

County documents show that Project K LLC, an entity connected to KORE Power, purchased the property from Mangat Investment LLC with a down payment of $15 million, on March 31.

KORE Power did not immediately respond to a request for comment about the land sale.

Mangat Group held the property for more than a year after purchasing the site for $15 million in December 2020, according to real estate database Vizzda. Tony Mangat, founder of Mangat Group, said he had an offer for the property for $42 million but gave KORE a discount on the land because of what they’re bringing to Buckeye.

“This is probably the biggest project for Buckeye, bringing 3,000 jobs and revenue,” Mangat said.

KORE Power has previously said it would break ground on the facility in the first quarter of 2022, but it’s unclear what the specific timeline of the project is. The number of projects competing for resources in the Valley and material shortages could also impact the project timeline.

The expected date for starting operations is mid-2023. KORE said it plans to have about 1,500 employees when operations begin and grow that number to 3,000 at full annual production. The city of Buckeye said the nearly $1 billion project could create 10,000 indirect jobs.

The property is also one of the larger pieces of land that the city of Buckeye had presented to companies interested in expanding to the Valley before KORE announced its plans in the summer. San Francisco-based Williams-Sonoma Inc. had also looked at the property before choosing Glendale for its planned project.

News of the sale comes as Buckeye is working to expand with plans for massive industrial growth in areas like State Route 85 and the Buckeye Municipal Airport, which have drawn attention from more investors and developers in recent months.