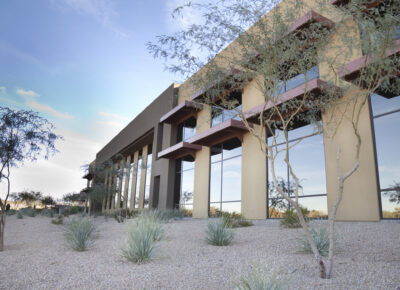 What lays ahead for Phoenix office space? As we inch closer to 2023, many investors are wondering if there are still any opportunities to be found in Q4 of 2022. While there is much speculation still circulating around the health of the economy, there are certain sectors within the capital markets that remain strong.

A look back at Q3 of this year may be able to shed some light on which areas of the market show indications of retaining growth well into 2023. As we’ll now dive into, the Phoenix market in particular, has shown noteworthy strength and stability – even in the midst of looming economic turmoil.

Phoenix’s strength and room for investment opportunity can be seen in a few different metrics.

Class A properties make up the bulk of office investments being made in phoenix. It’s estimated that just under 70% of leasing volume conducted in the third quarter can be attributed to new leases and class A deals. Not only that, but class A properties in the Valley’s office market also posted a positive net absorption of 317,341 square feet. As we’ll dive into a little later, much of the enthusiasm around class A deals has to do with the quality of the building in concern of employee expectation.

More than likely, the growth in sublease inventory has come as an effect of COVID 19 and the rise in popularity of the in-office hybrid work model. The changes in work standards have pushed underutilized space onto the market.

The Phoenix metro area has grown its labor force by nearly 100,000 employees in the last 12 months alone, representing nearly a 5% increase year-over-year. Phoenix has been growing rapidly as a major west-coast contender in the realms of business and tech, but the growth doesn’t come without some major changes. As more and more talent pours into the area, major companies are being forced to improve their offices. This doesn’t just explain the growth in subleasing inventory, but it also explains the impressive numbers in new construction and sales volume in class A properties.

While Phoenix is growing overall as a destination for high-quality talent, like much of the nation, the city still battles bringing workers back from the work-from-home trend. With that being said, the state of the ongoing work-from-home vs back-to-office battle is changing.

Several studies have come to surface in recent weeks highlighting the nation’s improved sentiment to bring professionals back to the office. Initial numbers from the study (which polled 1,267 office space decision-makers and influencers) showed that 86% of respondents agreed that in-person office work is an essential part of a successful business to at least some degree.

Even more interesting, class A office tenants responded to the study with the highest degree of enthusiasm, with 90% agreeing on the importance of in-person work. It’s also worth noting that on a regional basis, the study showed the highest concentration of respondents wanting to see more in-person work to be located on the West Coast. Combined with the impressive number of class A tenants agreeing on the importance of in-person work, this may explain why Phoenix has seen some significant largescale office purchases in recent months.

The Grove – a massive, mixed-use campus located in Arcadia – now has the entirety of it’s 180,000 square feet of office space fully leased. The office component makes up the first of many phases of the Grove. There are dozens of multi-million-dollar businesses set to make the Grove their new home. Some of the more notable businesses include JPMorgan Chase and the Phoenix Suns.

RED Development, the firm heading operations at the Grove, reports that it isn’t just the Grove that shows a promising forecast in terms of Phoenix’s office market. They report that 98% of their total office portfolio has been leased.

In total, the Grove’s development will include three class A office buildings, upscale dining, retail space, a boutique hotel, and 58 luxury residences. It’s estimated to be at least a $400 million project upon completion.

Biltmore Commerce Center: Located at 32nd street and Camelback, the Biltmore Commerce Center has recently been acquired by George Oliver Companies for $61 million. The office space developer plans on transforming the space into a modern and urban workspace with open floor plans and accommodating amenities with a $52 million renovation.

The Esplanade: Only a mile down the road from the Biltmore Commerce Center, Monarch Alternative Capital purchased The Esplanade for $385 million in March of this year.

There is no denying the recession-based fears surrounding capital markets as we head into 2023. At the same time, certain markets in specific areas of the country continue to thrive. With dozens of class A properties already being sold and developed this year, Phoenix is definitely one of those areas.

At ICRE Investments, we are well-versed in the subtleties of Phoenix office space and have built lasting connections with the area’s more prominent commercial investors, property owners, banks, and commercial lending institutions. If you are looking for some guidance within the rapidly growing office market in Phoenix, we are happy to help. Don’t be afraid to reach out. At ICRE Investment Group, we are especially well versed in the commercial markets surrounding Phoenix, and also have access to a growing list of investment properties around the globe.