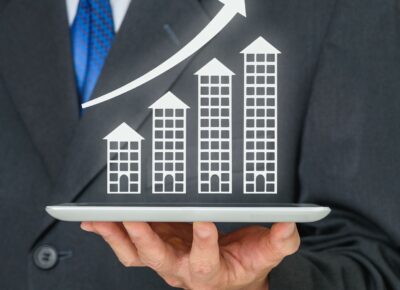 Commercial office demand is actually growing nationally. In an article I wrote a couple weeks ago, we compared the Phoenix office market with the markets in Seattle and San Francisco. In this article, we’ll be drawing a comparison at the national level, looking at wider range of statistics to really get an idea of just how good the current commercial office market is. Most metropolitan areas around the U.S. have been posting consistent periods of growth in the commercial office space. Some cities are even posting upwards of two year’s growth.

With the office markets sustaining growth even in the face of economic uncertainty, many people are wondering if there is still opportunity in the commercial office market. In this article, we’ll cover everything you need to know about national commercial office demand in 2022, and go over a few specific cities that are presenting the most lucrative opportunities.

Before taking a look at the deeper statistics associated with the commercial office markets around the US, it can be beneficial to look at how the market is performing on a surface level. As they were one of the asset classes most effected by the Coronavirus pandemic, it wouldn’t be surprising to find office occupancy rates that suggest a struggling market.

Looking at the numbers, we see that the market is actually thriving. Nationwide, occupancy rates currently sit at just under 70%, trending up from the previous quarter’s posted rate of 66.79%. Overall, the nation’s occupancy rates have been trending up quarter after quarter since the 62.40% posted in Q3 of 2020 during the peak of the pandemic.

Investors wondering if the current market has any room to grow shouldn’t worry, as the nation’s current 70% occupancy rate is a far cry from pre-pandemic levels of 83%. These numbers combined with a heightened sentiment for workers to transition back to the office project a lucrative opportunity in the years ahead.

The flipside of occupancy rates gives us an even better idea of the current state of the nation’s office markets. The average vacancy rate around the country currently sits at just under 18%. While the data varies widely city-by-city, the nation just recorded the first annual decline for office vacancy rates in the last five years, marking a major improvement even amidst the global pandemic.

Total vacancy rates around the country tend to fall in the 12-19% range, with a few outliers above 20% and below 10%. Here are some specifics:

2022’s national data shows that buyers are finding better and better deals, with a cap rate closing at an average of 7% in Q2. By sector, cap rates are highest in the net lease market, with numbers pushing over 7%. Most economists expect rates to continue to climb in the upcoming quarters.

Phoenix’s cap rates keep up with national averages, posting rates of around 7.5% for commercial office spaces in both metro and suburban areas. As interest rates begin to stabilize, the markets in Phoenix and other major cities across the country are also expected to see increased cap rates throughout the rest of 2022 and into 2023.

The value of asset classes in the A, B, and C categories have all been averaging up throughout 2021 and 2022, with A class assets reaching an average of over $400 per square foot. Nationally, office transactions so far in 2022 have sustained an average of $258 per square foot. Unsurprisingly, Manhattan and San Francisco top the list for highest YTD price per square foot at around $900. Phoenix, Denver, Tampa, Atlanta, and New Jersey all posted numbers in the $250-$350 per square foot range.

In total sales numbers, the $258 per square foot national average translates to over $59.6 billion dollars in office transactions – and that’s only through the end of August. Individual markets look just as strong, with Boston, Dallas, and Manhattan all posting year-to-date sales of over $3 billion dollars. Right behind them, Seattle, Houston, and Phoenix currently have year-to-date commercial office sales of around $2 billion dollars.

The twelve-month trend shows assets in the commercial office space to have quietly trended up throughout the last eight quarters. Despite larger economic concerns, economists expect the growing commercial office demand to continue.

Much speculation still remains on how soon workers will be returning to the office. A study in May of this year was completed across 185 office-using companies in the U.S. that found 36% of employers already had a return-to-office plan underway. Similarly, 25% of the companies planned for a total return-to-office by June, while the rest were still uncertain.

There is also evidence supporting increased amounts of new office construction. This has resulted from the heightened demands from employees, some of which include renovated buildings, advanced air-filtration, cleaner working environments, and in some cases a whole new office altogether. More and more companies are doing away with the classic “assigned office/cubicle” model and beginning anew with an open desk/open floor plan.

Ready to Find Your Next Investment Opportunity?

There are lucrative investment opportunities as commercial office demand continues to grow all around the country, especially in the areas of Phoenix, Scottsdale, and Mesa. While ICRE Investment Group is involved with investment properties around the globe, we are well established in the greater Phoenix area. We’ve built connections with the more prominent commercial investors, property owners, banks, and commercial loan services.

If you’re looking to take advantage of the fast-moving, quickly growing investment opportunities in today’s market, feel free to contact us for more information. We’re happy to help!